“Polina came to our bedroom awakened by the sound of explosions. I didn’t know and still don’t know what to tell her. Her eyes today are full of fear and terror; eyes of all of us.”

Alina, a family friend who is a marketer and mother of two children from the Ukrainian capital of Kyiv – which is under seige by Russian forces – shared this reflection on her Instagram story. Her daughter Polina is 7 years old.

The unprovoked assault by Russian President Vladimir Putin’s army on the sovereign nation of Ukraine has left the world in disbelief. While it is painful to see the direct impact of this war on human lives and livelihoods, this invasion will also produce less visible psychological wounds that could linger for generations.

I am a psychiatrist with expertise in post-traumatic stress disorder, or PTSD, and stress. I research trauma and treat trauma-exposed civilians, refugees, survivors of torture and first responders and veterans.

Until very recently, Ukrainians lived a normal life. But that changed abruptly when, over the course of a few weeks, they witnessed their country being circled by Russia, armed by one of the world’s most lethal armies, directed by an unpredictable authoritarian leader.

This fear and uncertainty was followed by direct threats to their lives and their loved ones when the full invasion began on Feb. 24, 2022. As Ukrainian cities came under attack, civilians saw explosions and death firsthand and began experiencing immediate disruptions to basic resources like electricity, food and water, and problems with reliable communication with loved ones.

Ukrainians are also experiencing agonizing feelings of injustice and unfairness as their hard-earned democracy and freedom are being unjustifiably threatened, leaving some feeling insufficiently supported by their allies.

There is abundant research that such difficult experiences can lead to severe consequences including PTSD, depression and anxiety. PTSD symptoms include terrifying and realistic flashbacks of war scenes, intrusive memories of the trauma, panic, inability to sleep and nightmares, as well as avoidance of anything that resembles the trauma. Prevalence of these conditions is higher in human-caused catastrophes than, for example, natural disasters. For example, a third of U.S. civilians exposed to a single incident of a mass shooting can develop full-blown PTSD.

As of now, about 1 million Ukrainians have fled their homes, cities and jobs for safety to Poland and other Eastern European countries. A larger number of people have been internally displaced. They have limited resources as refugees and are uncertain about the future – chronic stresses that are detrimental to their mental health.

Research from our group and others shows that PTSD affects between a third to one half of adult refugees. In one study I led, published in 2019, more than 40% of adult Syrian refugees resettling in the United States experienced high anxiety, and nearly half had depression. Another study in 2019 found a high prevalence of PTSD – 27% – and depression – 21% – among the 1.5 million internally displaced Ukrainians due to the last invasion of Russia and rebels in east Ukraine in 2014.

Children are specifically vulnerable. Imagine the terror that a child faces in a dark basement, watching the faces of their parents praying that the next missile will not hit their building. Parents can shield their children against trauma to some extent, but they can only do so much. In my team’s research on Syrian and Iraqi refugees resettled in Michigan, we found that about half of the children experienced high anxiety. Up to 70% of refugee children that our team surveyed experienced separation anxiety after arrival in the U.S. These children often are so scared that they cannot leave their parents’ sides even when they are no longer in direct danger.

Trauma can also be transferred from parents to their current and future children via subtle but heritable shifts to the genome and by way of exposure to their parents’ continuous anxiety caused by the war experience. In this way, the suffering can be passed along for generations. Childhood trauma also increases the likelihood of many mental and physical health problems in adulthood like depression, PTSD, chronic pain, heart disease and diabetes.

Importantly, unpublished data from our research shows that especially for war trauma, many people do not recover for up to three years after the trauma unless adequate support and mental health care are available.

Not all of those who endure trauma will develop PTSD, of course. Individual genetic differences and environmental support, as well as personal past experiences and proximity and severity of a trauma, all factor into who is most affected. Some people do recover, and some come out stronger and more resilient psychologically. But human tolerance for horrific experiences is limited.

Those who go headlong into danger to save others

Police, firefighters, dispatchers and paramedics face firsthand the ugliest results of wars. They endure long hours of physically and emotionally intense work and frequently see scenes of death and suffering, while having the same concerns of other civilians about their own families. Research shows that PTSD affects between 15% to 20% of firefighters and other first responders during peacetime. For the Ukrainian first responders, who still have to attend to the injured civilians and extinguish burning buildings, it is much harder to go through their highly challenging job while being under fire themselves.

Combat veterans also face unthinkable traumas; in the U.S., some 12% to 30% of combat veterans experience PTSD. In Ukraine, the disproportionate lack of protection and firepower of Ukrainian forces against the aggressor increases the risk of harm and casualties, and can exacerbate mental health consequences of their trauma exposure.

Putting human suffering into numbers as I’ve done here is not in any way meant to convert a human tragedy into a cold statistical concept. The purpose is to show the enormous impact of such calamity. Each life or livelihood lost is a tragedy in and of itself.

“The most difficult for me is to accept that I am a refugee,” wrote a Ukrainian woman on Instagram. “My apartment is in Kyiv, and my family is in Kyiv. All my life and my work is there, … I left for vacation with my daughter. I left without anything. All documents of my child except her passport and birth certificate are in Ukraine, and this is hard to accept.”

But the resilience and determination of the Ukrainian people are formidable. She wrote of her focus, and that of many others who had fled, on returning home to clean up and rebuild. “I want very much to go home.”

This article is republished from The Conversation under a Creative Commons license. Read the original article.

Surve urges President Biden to expand his thinking in response to the State of the Union remarks... 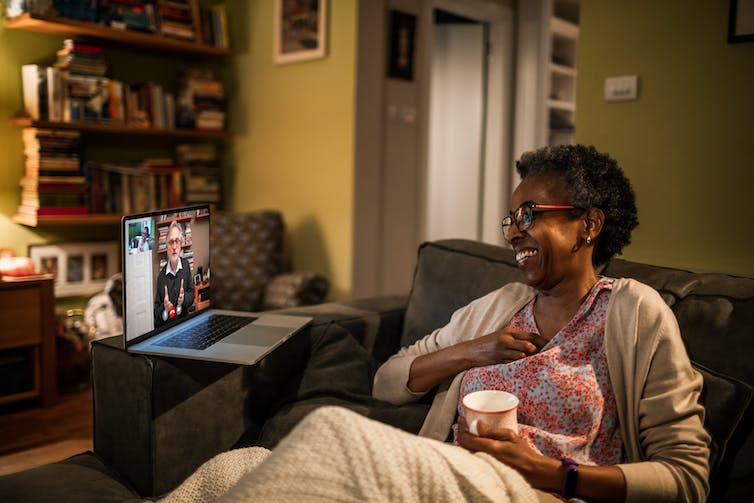 For decades, doctors and patients have used telemedicine. But it gained wider use when the COVID-19... 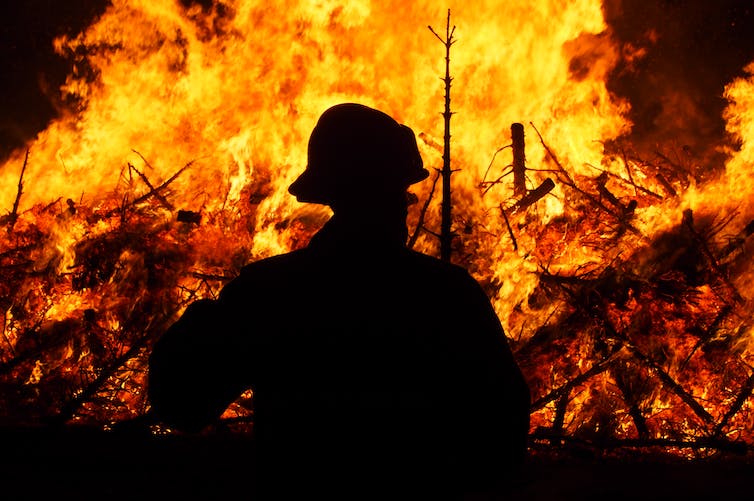